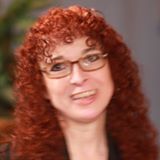 Ellen has performed with notable artists such as Ricardo Morales, Julian Bliss, Peter Sheridan, David Hetherington and Peter Stoll, and collaborated with participants in masterclasses conducted by Karl Leister, Sabine Meyer, James Campbell, Christopher Millard and Anthony McGill, amongst many others.

She has been heard on upwards of 15 CDs, including Twelve By The Moon-dial and Foliage with the Riverdale Ensemble, several with Cantores Celestes Women’s Choir, and Mit Ausdruck with Ossia on historical keyboard.

Ellen has also recorded film scores for feature film and documentaries. She has been broadcast on CBC,CTV, MuchMusic, Bravo, TVO and WNED.

In her spare time, Ellen writes wryly about her unconventional experiences as a collaborative musician, on her page “The Life of Pi-anist.” She is delighted to be working with Reneé and Lirit, and looks forward to a long and rewarding relationship with them.